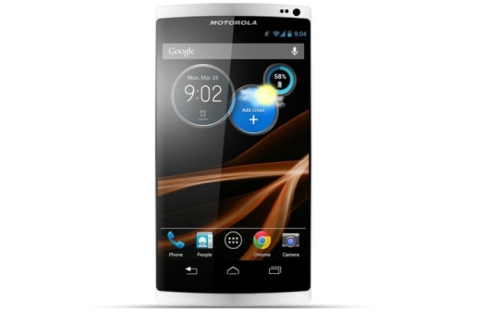 Just yesterday, we got some information on what the specifications of the rumored Motorola X Phone might be like and now, we have a leaked rendered image of the smartphone as well. Some anonymous tipster has sent a rendered image of the Motorola X phone to GSMArena and the tipster has sent along a list of specifications for the smartphone as well.

We don’t yet know if the rendered image is real or it’s just some creative mind working overtime, but we have our doubts about it because as you can seen in the image,  the smartphone misses the earpiece and there is a time difference of 2 minutes between what the widget shows and what is seen on the notification bar.

Though the authenticity of these leaks is questionable to say the least, but all these leaks suggest that the Motorola X Phone is indeed coming and you never know, Google might surprise us at Google I/O which is scheduled to take place in May.

This entry was posted in Tech News and tagged Google, Motorola, X.